will be interviewed by video link from California.  Professor Yalom is Emeritus Professor of Psychiatry at Stanford University, having been a psychiatrist and psychotherapist on the faculty of the department of psychiatry there since 1963.  His book on the Theory and Practice of Group Psychotherapy, written from a Sullivanian perspective, has run into five editions.  He has also written textbooks on inpatient groups and on existential therapy, but has become most famous through his writing for the general public, including an account of a psychotherapy co-written with the client–Everyday Gets a Little Closer–collections of case histories, and novels with an existential theme, including When Nietzsche Wept, The Schopenhauer Cure and The Spinoza Problem.   A film about his life, Yalom’s Cure, will also be shown.

Kirk J. Schneider, Ph.D., is a leading spokesperson for contemporary existential-humanistic psychology. Dr. Schneider is past editor of the Journal of Humanistic Psychology (2005-2012), vice-president of the Existential-Humanistic Institute (EHI), and adjunct faculty at Saybrook University, Teachers College, Columbia University, and the California Institute of Integral Studies. A Fellow of the American Psychological Association (APA), Dr. Schneider has published over 100 articles and chapters and authored or edited 10 books. He is the recipient of the Rollo May Award from Division 32 of the APA for “Outstanding and independent pursuit of new frontiers in humanistic psychology,” the “Cultural Innovator” award from the Living Institute, Toronto, Canada, a psychotherapy training centre which bases its diploma on Dr. Schneider’s Existential-Integrative model of therapy, and an Honorary Diploma from the East European Association of Existential Therapy. Dr. Schneider is a founding member of the Existential-Humanistic Institute in San Francisco, which in 2012, launched one of the first certificate programs in Existential-Humanistic practice in the U.S.A. In April, 2010, Dr. Schneider delivered the opening keynote address at the First International (East-West) Existential Psychology Conference in Nanjing, China, and has been a frequent speaker at various venues in the U.S., China, Japan, Lithuania, and Germany.

Alfried Längle, M.D., Ph.D. (psychology) is founder and president of the International Society for Logotherapy and Existential Analysis (Vienna), scholar and former collaborator of Viktor E. Frankl. He is professor of psychotherapy at the Moscow’s HSE-university and Vienna’s Sigmund Freud University, as well as extraordinary professor at the psychological faculty of the Univ. of Klagenfurt, Austria, and guest professor at the Sigmund Freud Univ. Vienna. He founded the training school of Existential-Analytical Psychotherapy, which received state approval in Austria, Switzerland, Czech Republic and Rumania. He has published more than 300 works and received two honorary doctorates and three honorary professor degrees. Alfried Längle, studied medicine and psychology at the Universities of Innsbruck, Rome, Toulouse and Vienna. After years of hospital work in general medicine and psychiatry and in an outpatient department of social psychiatry he started a private practice in psychotherapy, general medicine and clinical psychology in Vienna (since 1982). In 2011 he received the Golden Medal for Merits for the Republic of Austria.

Yang Shaogang  is Professor of Psychology and the Director of the Center for Mental Education, South China Business College,Guangdong University of Foreign Studies.  He has been the author or editor of 11 books, including ‘Search for the truth of existence. Wuhan: Hubei Education Press’,  Humanistic psychology and education. Haerbin: Heilongjiang Education Press, and the  The spiritual pursuit: Mysterious Jung. Haerbin: Heilongjiang People’s Press.  He has also written numerous journal papers and book chapters.  He has held many grants on the moral development of children, and is the Deputy President of the Guangdong Society for Ethics

Chair of the Roundtable Debate Day 1:

Evgenia T. Georganda DPsych holds a Masters degree in Counselling from Tufts University and a Doctorate in Psychology from Massachusetts School of Professional Psychology. Her primary orientation is Humanistic-Existential and is a member of the American Psychological Association (APA) and of Division 32. She is a certified psychotherapist and member of the European Association of Psychotherapists (EAP), a member of the Greek Association of Psychologists (ΣΕΨ) and of Greek Psychotherapists (ΕΕΨΕ). Since 1986 she has had a private practice in Athens working with individuals, groups and couples. She has worked extensively with individuals with chronic and life threatening illnesses and is interested on the impact of death awareness on psychological change and growth. She also teaches psychology and lectures extensively at seminars and congresses. She is the author of four books and has written articles for journals and book chapters.

is Professor Emeritus of Trent University and Adjunct Professor of Saybrook University’s Clinical PhD Program. He is a Fellow of APA and CPA, and President of the International Network on Personal Meaning (www.meaning.ca) and the Meaning-Centered Counselling Institute. Editor of the International Journal of Existential Psychology and Psychotherapy, he has also edited two influential volumes on The Human Quest for Meaning. A prolific writer, he is one of the most cited existential and positive psychologists. The originator of Meaning Therapy and International Meaning Conferences, he has been invited to speak worldwide.

Susana Signorelli was born in Buenos Aires, Argentina. She is a psychologist graduated from the Universidad de Buenos Aires.  Early in her career she felt that existential phenomenology answered her way of looking at the world, and together with Pablo Rispo developed her profession. She specialised in Rorschach psycho-diagnostic contributing to it with the existential approach. She conducted community projects related to preventive psychology. She was awarded the Lanfranco Ciampi award for her research about adolescence.

Currently she presides over the Latin-American Association of Existential Psychotherapy, is the director of the semi-annual Latin-American publication on Existential Psychotherapy and is president of Fundación CAPAC in Argentina. Furthermore, she supervises cases of psychological practice, is member of research panels and arbitration committees, director of preventive psychology programmes, honour member of the Peruvian Society of Phenomenological Existential Psychology and of Congresses, and author of books, chapters in books and articles in Argentina, Brazil, Colombia, Mexico and Peru.

Wang Xuefu, PhD, obtained his degrees in the fields of theology, literature, psychology and pastoral counseling. He is the founder as well as the executive director of Zhi Mian Institute for Psychotherapy in Nanjing, China. His past experience has been teaching at universities, seminaries, and psychological institutions. Dr. Wang is an active promoter as well as a pioneering practitioner of professional counseling and pastoral counseling in the Mainland of China. He developed an indigenous Chinese approach called “Zhi Mian Therapy” out of his experience of psychology practice and inspiration drawn from the modern Chinese thinker and writer Lu Xun. The approach of Zhi Mian resonates deeply with the Western humanistic-existential psychology. Wang is also involved in international institutions as visiting scholar at Fuller Seminary Graduate School of Psychology, and editorial board member of American journals, such as The Journal of Humanistic Psychology and Pastoral Psychology. Wang has published numerous articles and authored six books. He is the recipient of the Charlotte and Karl Buhler Award, granted by the Society of Humanistic Psychology of APA (2013).

Chair of the Round table debate, day two :

Topic: Time, Death and Development through the Life Span

Dmitry Leontiev Ph.D., Dr. Sc., is Professor of psychology, Lomonosov Moscow State university and head of the research lab of positive psychology and quality of life studies at Higher School of Economics, Moscow, Russia. He is the founder and the head of Institute of Existential Psychology and Life Enhancement (EXPLIEN) in Moscow and received the Promotional Award of the Victor Frankl Foundation of the city of Vienna (2004).

Dmitry Leontiev strives to integrate the existentialist approach to human personality with a cultural-historical activity theory approach and synergetic views on human self-regulation and self-organization. He is the author of numerous publications in the psychology of personality and motivation, the theory and history of psychology, the psychology of art and empirical aesthetics.

Erik Craig, PhD is a psychologist in private practice in Santa Fe, New Mexico who has been teaching and practicing humanistic and existential psychotherapy for over 40 years, serving on the full-time graduate faculties at Assumption College, University of New Mexico, and Pacifica Graduate Institute. His primary interest is in developing existential foundations for critical issues in psychological theory, research, and practice with the hope of achieving a comprehensive, existential approach to depth psychology and psychotherapy. Erik has edited two groundbreaking anthologies in existential psychology, Psychotherapy for Freedom: The Daseinsanalytic Way in Psychology and Psychoanalysis (1988) and Depth, Death, and Dialogue: New Inquiries in Existential Depth Psychotherapy (2008), both being special double issues of The Humanistic Psychologist. Over his career he has collaborated intensively with existential psychologists such as Medard Boss, Gion Condrau, Clark Moustakas, and Paul Stern. For the past 10 years he has been studying Eastern approaches to psychotherapy with the Founder of Tao Psychotherapy, Dr. Prof. Rhee Dongshick in Seoul, South Korea. Dr. Craig is currently the president-elect of the New Mexico Psychoanalytic Society and is a past president of the Society for Humanistic Psychology.

Chair of the Round table debate, day three:

Digby Tantam PhD FRCPsych is a psychiatrist, psychologist and psychotherapist.  He is emeritus professor of psychotherapy at the University of Sheffield, an honorary visiting senior research fellow at the University of Cambridge in developmental psychiatry, and deputy principal of NSPC.  Digby is chair of the Society of Psychotherapy, on the scientific committee of Research Autism, and on the executive committee of the Society for Existential Analysis.  Previously he was the second chair of the United Kingdom Council for Psychotherapy (after Emmy van Deurzen), and was the first registrar of the European Association for Psychotherapy.  He trained originally as a group analyst at the Institute of Group Analysis (London), and as a psychodynamic therapist at St. George’s Hospital, London,  but these days combines group and existential approaches in his practice.  Digby has edited or written 13 books, and 162 papers and book chapters. He is co-chair of the congress, and webmaster of this site.

In the video room:

Betty Cannon, Ph.D, is the founder of Applied Existential Psychotherapy (AEP). AEP interlaces the insights of existential philosophy and contemporary psychoanalysis with interventions drawn from Gestalt therapy, body-oriented psychotherapy, and other experiential approaches. Betty is the author of numerous articles, chapters, and an internationally acclaimed book on existential therapy: Sartre and Psychoanalysis. She is a member of the editorial boards off three professional journals: Existential Analysis,Sartre Studies International, and Review of Existential Psychology and Psychiatry. She is Emerita Professor at the Colorado School of Mines, Adjunct Professor at Naropa University, and President of the Boulder Psychotherapy Institute. The Institute has trained graduate students and mental health professionals in AEP since 1989. BPI is currently working on an international online component that will include a summer institute plus a video and webinar platform. Betty is a licensed psychologist who has worked with individuals, couples, and groups in Boulder for over 30 years. Her mentor was Hazel E. Barnes, who translated Sartre’s Being and Nothingness and Search for a Method into English. Betty is Hazel’s literary executor. The guiding inspiration for AEP is Sartre’s philosophy of freedom.

The next world congress will be in Buenos Aires in 2019 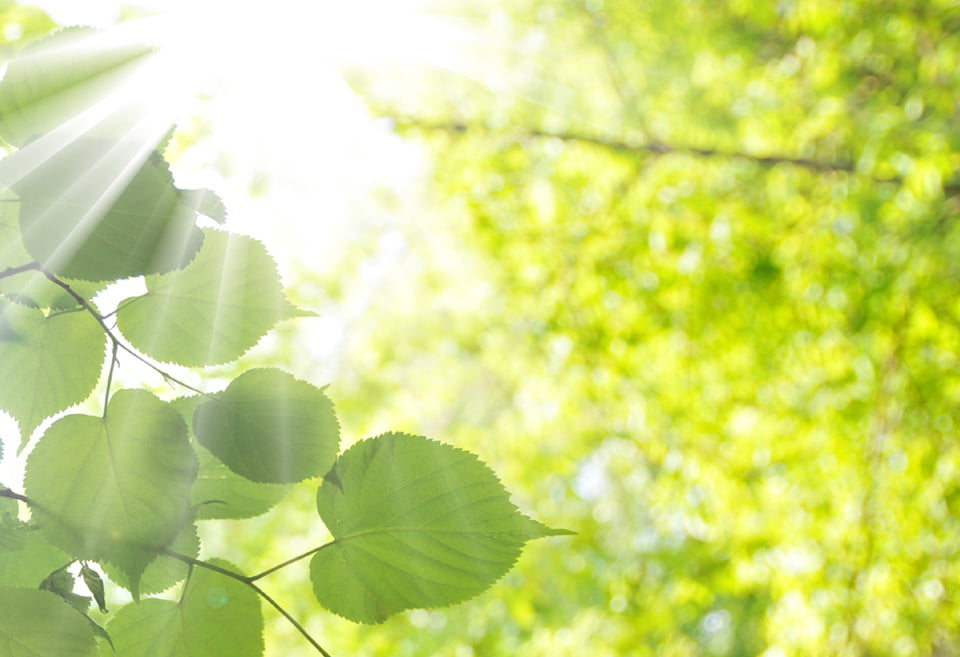